A spiritual practice ~ The ancient art of giving 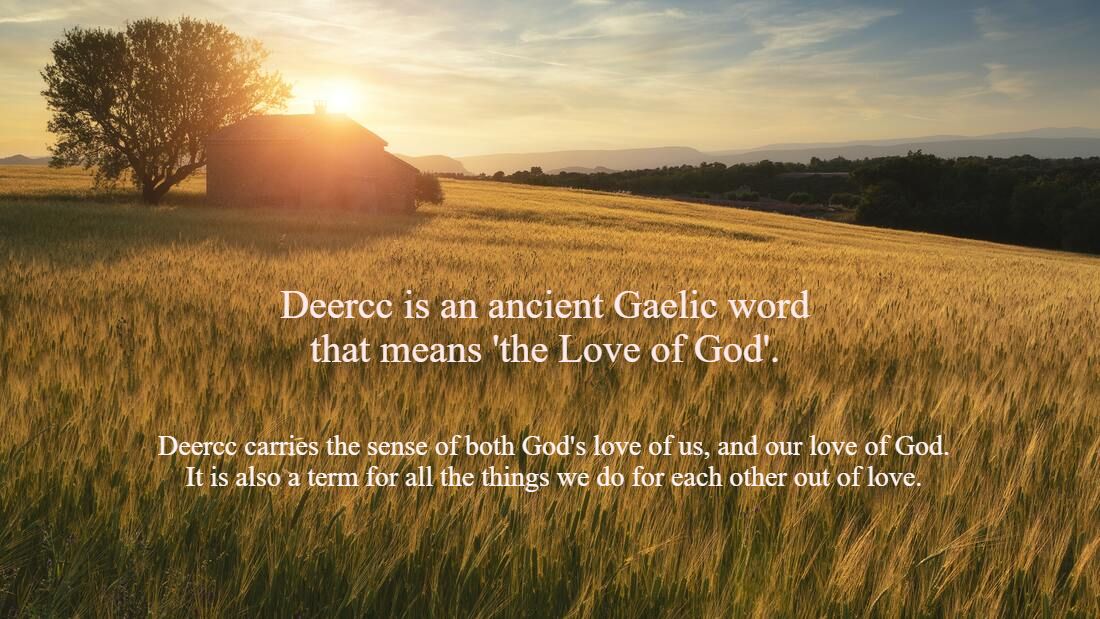 ​Deercc is an amount that we pay at the end of a retreat - after we have received teachings and experienced all the various, subtle aspects of our tradition. We approach Deercc as a spiritual practice, entering the place of discernment within us that is able to consider the deeper implications of the experience (beyond words) that we have just been offered.

When considering the amount of our 'deercc', we consider what we have received, on all levels of our being. ​'Teachings' happen on many different levels, beyond the immediate expression in words, and continue to work within us for weeks, months, even years, after we have received them. ​

We also take into account the fact that each teaching retreat requires months of careful preparation, as well as the practical resources needed to provide written handouts and so on. It is our teacher's source of livelihood. We also discern what we are able to give, according to our own personal resources.

Not a 'donation' or a 'set fee'
The concept of 'deercc' differs from the idea of a 'donation' as we understand it in the UK, where a donation is often seen as an optional little extra, rather than a realistic exchange of energy which is called for here.

Previously, a set fee was included in the price of each place on  a teaching retreat. In 2020, Sr Fionn felt called to revert to the traditional Céile Dé way of inviting each participant to discern what amount feels appropriate for them to give, and has asked that retreatants give from their hearts at the end of the retreat, in acknowledgement and gratitude for the teachings which they will have received.

​This means that, from 2020, a fee for the teaching and facilitation component of each retreat will no longer be included in the overall price of each retreat.

Please note - If you have received a bursary, this will not cover your 'deercc'​ payment for the teachings that you have received on your retreat.
​In-person gatherings:
At the end of each retreat, a bag is passed around the circle into which each person places their Deercc. Some people like to use an envelope for their offerings, which can be made in any of the following forms:
- Cash: British pounds are ideal; foreign currency is also acceptable, but not foreign coins.
- A UK cheque, made payable to - Céile Dé. Sorry, we can’t accept foreign currency cheques.

Online gatherings:
Where our teaching retreat has been held online via Zoom, you will be able to pay your Deercc online, using the link at the top of this page. We accept all card payments, PayPal is currently unavailable on this site.